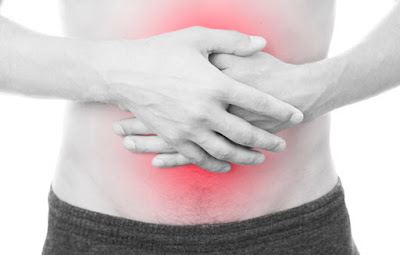 It is an erosion or loss of substance from the lining of the stomach. If it occurs in the duodenum, it is a duodenal ulcer.
Gastric ulcer is a symptom that does not appear suddenly, but is about recurring conflicts, situations that we have been enduring for a long time and that we do not face or solve.

The biological meaning of the ulcer is to expand the space (the territory) so that everything that “I am forced to swallow” can fit.

They tell us about “indigestible problems” in the territory. “There are conflicts, differences, hatreds, anger, with someone and unfortunately I have to live with that person, I do not swallow it and I refuse to have to bear it.
It is about a fight to mark the limits of our territory before heads of other territories. “Someone has invaded my territory and destabilized me.
What situation or person did you find it difficult to accept shortly before the stomach problem appeared?
Who do you not tolerate or do not support as he is, and you want him to change?
What circumstance of your life is intolerable to you?

These are people who feel attacked by others and who do not believe they have enough courage to defend themselves.

”I feel attacked all the time, everyone attacks me and I attack others with silences, with offenses, with shouts, with bad skills, with gestures”
Duodenal Ulcer: The duodenum is the first segment of the small intestine and is located at the exit of the stomach. Duodenal ulcer is a loss of the mucous lining in the first part of the duodenum.
It warns me of anger, indigestible anger; regarding a person, a situation or circumstance.
All the time I am angry, I wake up angry, I work angry, I am angry with everyone and even with life itself. I am angry because nobody does a thing as well as I do them, because if I don’t do things nobody makes them, because all the burden and responsibility for something is on me. I feel like things don’t work out without me and that’s why I don’t trust anyone.
It can appear after having suffered an injustice that I find difficult to digest, tolerate, and accept. It could have come from a family member, coworker, friend, etc.
“I can’t accept it, it’s unfair…”, “I can’t bear it, I can’t swallow it”, “They force me to eat what I don’t like and they force things, people, etc. on me”, “I must digest the bitterness of the world”

In the same way, it can indicate to me that I am living in a situation of lack due to an injustice.

If you want to know more about the emotional origin of diseases, you can purchase my book by clicking on the Amazon link:

The body talks and communicates with us, and provides information to others. Body language is a reflection of the emotional conditions of the person. Unexpressed emotions, lived in solitude, affect our health and are expressed in the body through pain and/or disease. Paying attention to the voices of the body and contacting our emotions and internal conflicts are necessary steps to enjoy health and wellness. Do you want to know the message your body wants to tell you when you are sick? This book can be of great value for those who want to take the path of responsibility in their lives, who want to take the first step toward freedom and self knowledge, using the topic of disease in humans as a guide. Its purpose is to help the sick person to find health status, based primarily on what happens within us. Because even if we can find help abroad (psychologists, doctors, gurus, etc) the only ones who are able to heal us are ourselves. It is a book full of simplicity so that everyone can understand and use it in your daily lives using it as the best travel companion you may have.

Thank you for your donation!

All the information on this blog is exclusively for guidance and information. It does not replace in any case the exploration, assessment and prescription of the visitor by a medical practitioner. This blog does not assume the particular responsibility of the visitor.